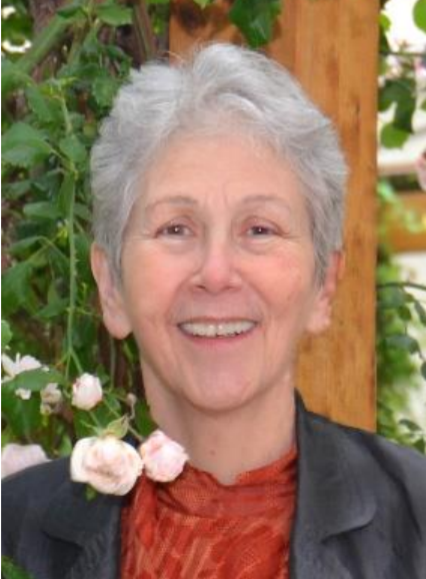 It was a beautiful spring day, trees and flowers blooming everywhere, when more than 120 people gathered to celebrate Bernadette’s Seong Hwa. The Monastery St. Francis in Pupping, Upper Austria, had graciously opened the gates of its Church providing a solemn environment for the event.

Beautiful wreaths of flowers, offered by the European Movement through Michael and Fumiko Balcomb, by the Austrian Family Federation through Elisabeth and Tony Cook and by the Sattlberger Family, complemented by beautiful bouquets from the French Family, from relatives and friends surrounded the coffin with the body of Bernadette.

The local priest, Padre Fritz welcomed the participants and shared about the true meaning of letting go. Bogdan Pammer, Assistant Pastor of the FFWPU Upper-Austria, guided the program. Kurt Sattlberger, the husband of Bernadette, gave a moving overview of her stages in life, about her accomplishments as one of the early members of the French Family and shared some experiences of their life as a blessed couple. This was complemented by short testimonies about Bernadette by Gaby Zöhrer and Alicja Piskáčková, the former leader of the blessed family department in Czech Republic. Also Kurt’s 97 year old father was moved and gave some heartfelt comments about his daughter in law.

The speeches, prayers and ceremonies were completed by wonderful music. Holy songs as well as Christian songs, accompanied by a small but very professional orchestra consisting of Second Gen and First Gen. musicians, filled the whole church with a heavenly atmosphere.

Also the ceremony at the cemetery in Eferding was very beautiful. The music team, a deep prayer by Johann Hinterleitner and a choir created a solemn and harmonious atmosphere for Bernadette’s body returning back to the soil.

After the ceremonies more than 70 people gathered at Restaurant Dieplinger, located at the Danube River. Favourite cakes and pastries of Bernadette were served as well as local specialities. A slideshow allowed some insights into the life of Bernadette. When leaving, everyone could take a small silk-painting created by Bernadette as a memento.

A few slides were shown from the life of Bernadette.
https://www.facebook.com/bernadette.bellaysattlberger

Bernadette – in her friendly and very authentic, clear and direct approach – was always a very reliable sister in our community. We pray and hope for her wellbeing in the eternal world and stay connected through our True Parents. 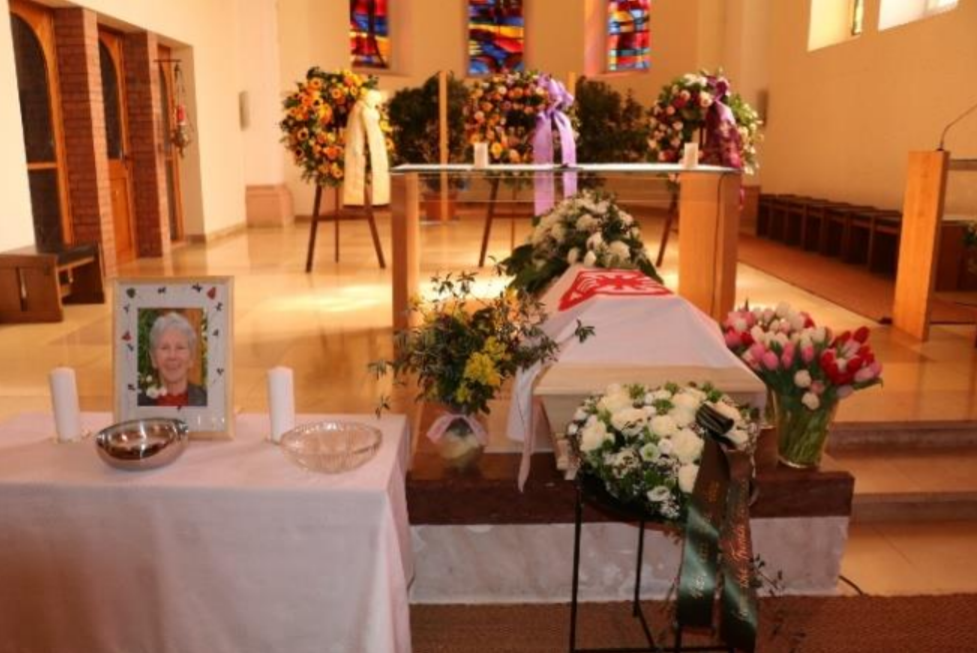 Bernadette, the (spiritually) second eldest sister of the Unification Movement in France, was born in Paris in 1948. She took studies in English and Spanish at Sorbonne University, participated in the 1968 Student-Revolution and at that time sympathized with the ideology of Mao Tse Tung.

1969 she worked as Assistant for French at the University of Appleton, Wisconsin, where she met her spiritual mother Lynne Kim (Dörfler). After a profound spiritual experience with God she joined the movement Dec. 31, 1969.

In summer 1970 she returned to France, was involved in the translation of the Divine Principle into French and successfully pioneered Bordeaux: Several people joined who later became pillars of the French movement.

In January 1973 she joined the IOWC. After the Madison Square Rally she went back to France because of health reasons (diabetes), served in the HQ and started the magazine Nouvelle Espoir together with Pierre Ceyrac. End of 1978 she responded to True Father’s call to Korea, taught English at the Little Angels School and later on French at two Universities in Seoul, while taking care of the 1st European blessed children being sent to Korea.

1982: Blessing in New York with Kurt Sattlberger from Austria.
1983 she came to Vienna where 1984 daughter Abigail was born.
1985 – 1988 she assisted her husband, who served in Innsbruck as leader for the western part of Austria.
1989 the family moved to Upper Austria, the home region of Kurt. 1991 son Kyrill was born.
1996 she and her husband were appointed as National Messiahs to Angola.

In Austria Bernadette invested herself in education: Sunday school, summer camps and later on trainings in Communication and Personality Development together with her husband. She was also part of the
European blessed family department.

In her last 7 years she additionally worked in the field of healing: She became certified Emotion Code Practitioner and supported people in and outside of the movement in overcoming health-issues and energies blocking spiritual growth. Her contribution was also essential for the development of a new, DP based energetic method, the Original Energy Code. Through her sensitivity she could introduce important insights, widen the ambit of the tool and through her pain she paid a substantial part of the necessary indemnity.

Bernadette has a sincere and honest character, a sharp intellect, a wide heart and a deep longing to support spiritual growth. Though being limited by her weak health she gave her best to convey God’s love and wisdom.