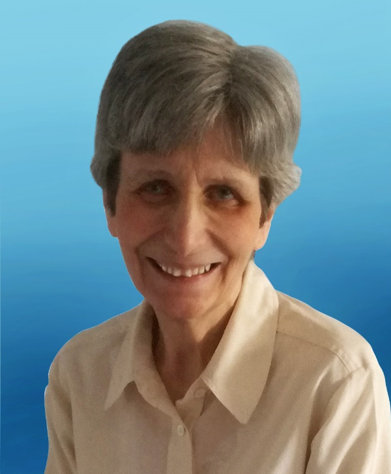 Elisabeth Schneider is a French-born member of the Unification Movement that went to the Spirit World at 11,05 of Christmas day 2019 in Bergamo, Italy.

She was born in Paris, France, on December 4th, 1952. In the early 70s she got a university degree in literature and, while planning for new studies, she met the Unification Movement. She joined as a full-time member and in 1974 she went to the United States. There she took part in the One World Crusade, traveling in many States of the US. She then went to Japan and Korea, where she continued her mission.

Upon returning to Europe she was matched by Father with an Italian brother, Antonio Ciacciarelli, in 1978. They were blessed in the 6000 couples blessing in Seoul, in 1982. Following this, she came to Italy to join her husband. They had two daughters and when the WFWP was founded in Bergamo, she started collaborating with it and became a member of the Board. About two months before her physical death she had hosted her last Board meeting at her home. All this despite her cancer, that had started in June 2017, her three operations and all the heavy chemotherapies she had to take.

She spent the last 29 days of her physical life in a special hospital for palliative care, where all the staff were impressed with her kindness and her desire to help others before thinking of herself.

The Italian FF organized her Seong-hwa ceremony in a hall of that same hospital on December 27th. About 100 people came: UM brothers and sisters and many friends she had known while working and witnessing.

The service was led by Adosco Comito, the local pastor, together with Ignazio Cabras, and the presence of the National Leader, Giuseppe Calì. The ceremony was opened with some holy songs sang by a choir, an explanation by Mr Comito about its meaning, and the offering of flowers by each participant. Then Mr Calì and Mr Cabras gave a speech, followed by some testimonies by Elisabeth’s husband and daughter, UM friends, WFWP colleagues; all of them stressed the most important qualities of Elisabeth: her kindness, her desire to help others while forgetting about her problems, her dedication to True Parents.

The transportation of the coffin to the cemetery was followed by its deposition in the grave, by the offering of flower by each person who had accompanied it, and the singing of holy songs. Elisabeth will be remembered not only by her close family, but by all those who came to know her. She left no one resentful towards her; she left around her just love and care.